Cozy up to a GREAT Book: 10 Books to Read Over Winter Break! 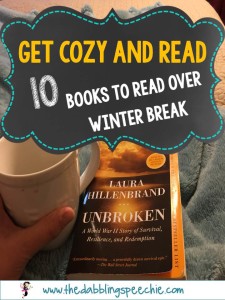 I haven’t met an SLP yet that doesn’t love reading a good book.  I remember dreaming about the day finals would end, so that I could just sit around and read something for pleasure instead of having my nose stuck in a text book!  After graduate school ended and I started my job in the school setting, I didn’t know what to do with myself after work because I was so used to having to squeeze in study time whenever I had a free moment.

Winter break is here, so I am ready to get cozy in my PJ’s, sip on a hot beverage and read a good book.  I asked some of my blogger peeps what they recommend for book reading and this is the list of  that we came up with!  (Amazon affiliate links are provided for your convenience).

I am just finishing up Unbroken by Laura Hillenbrand about a California born track Olympian who was an airman in World War II and became a war prisoner of the Japanese when his plane went down.  It is an incredible story that brought me to tears in some parts.

The Glass House by Jeannette Walls is a memoir about a girl growing up with her parents who lived like nomads in desert towns and eventually move to Virginia in a mining town where the children had to fend for themselves.  It is a great story about tenacity and gives perspective about poverty.

Natalie from SLP Natalie Snyders recommends reading Locked In by John Scalzi.  It is a science fiction type of book about a society dealing with the aftermath of a deadly disease – one that left some of its survivors “locked in,” or with a fully functional brain, but a body that no longer works.

Kristin from Simply Speech recommends Carly’s Voice by Arthur Fleischmann about a father sharing how he got to know his daughter who has severe Autism.  This book is about her journey with communication.

Super Power Speech recommends Memoirs of an Imaginary Friend By: Matthew Dicks.  It is about a boy named Max that is on the spectrum of Autism that has an imaginary friend named Budo that protects him from bullies, situations at school and his teacher from the Learning Center.  This one looks like a good one!

Jenna from Speech Room News recommends Room by Emma Donoghue.  I have also read this book and it is about a woman who was kidnapped and has been stuck in a room with her son (that was fathered by her captor).  This is a page turner for sure!

Jessica from Consonantly Speaking recommends The Poisonwood Bible by Barbara Kingsolver.  It is a story told by the wife and four daughters of Nathan Price, a fierce, evangelical Baptist who takes his family and mission to the Belgian Congo in 1959.  Looks like an intense read!

Teach Speech 365 enjoyed reading The Dry Grass of August by Anna Jean Mayhew.  If you like novels about the south and stories about the times during racial segregation, then you might like this one!

Courtney from PSST! Let’s Talk recommends The Bone Garden by Tess Gerritsen.  The main character, Julia finds the bones of a dead woman in her backyard where she was digging to create a garden.  It looks like a great story for those that like murder mysteries.

Speech Time Fun recommends Reconstructing Amelia by Kimberly McCreight.  A mother gets a phone call from the school that her daughter Amelia has been suspended for cheating on a test.  When the mom arrives to school, there are police and fire trucks all around.  Grace, Amelia’s best friend reports that Amelia jumped off the top of the school building after being caught cheating.  Amelia’s mom gets a text one day that says “She didn’t jump.”  The mom then goes in search of answers for her daughter’s death.  It’s a good one!  I have read it as well!!

If you are looking for some easy, but entertaining reads, Queen’s Speech recommends digging into the True Blood series by Charlaine Harris.  It is filled with drama, romance and thrill.

If you want to read a book that will get you hooked from the first pages, then you need to read Gone Girl By Gillian Flynn.  This is a thriller that takes you on some twists and turns.  Let me know what you think about the ending!  I read this one very quick because of the thrill factor.
Well, those are my recommendations for now! Happy reading and relaxing time off from work. 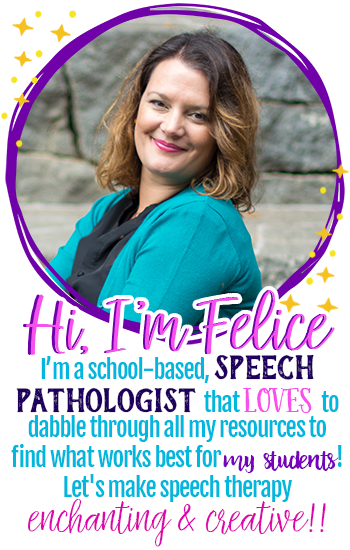 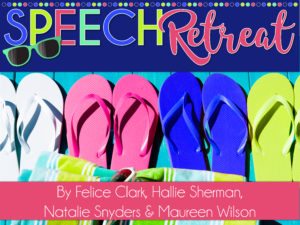 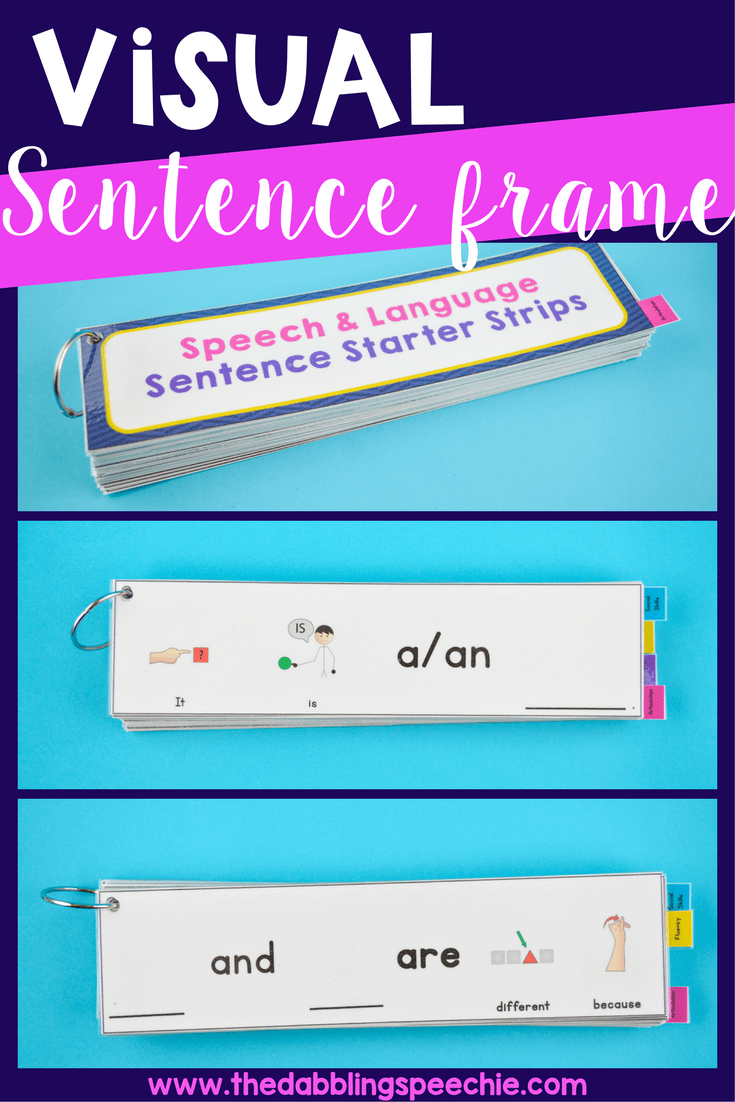 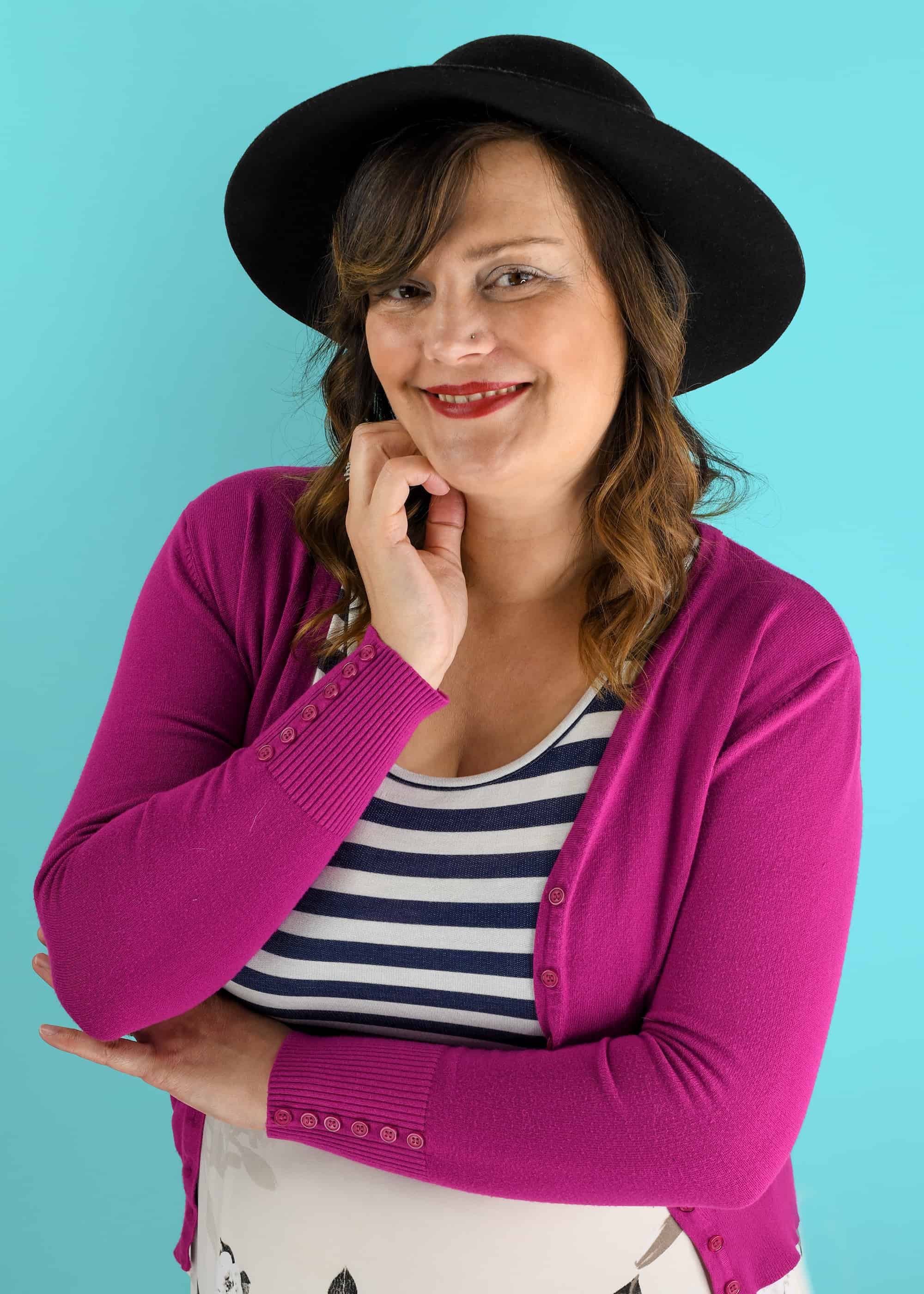 
Warning: count(): Parameter must be an array or an object that implements Countable in /home/customer/www/thedabblingspeechie.com/public_html/wp-content/plugins/atarim-client-interface-plugin/inc/wpf_function.php on line 138